Researcher, writer and translator based between Ireland and Guatemala. LLM in International Human Rights, BA in Sociology, Politics and Spanish. 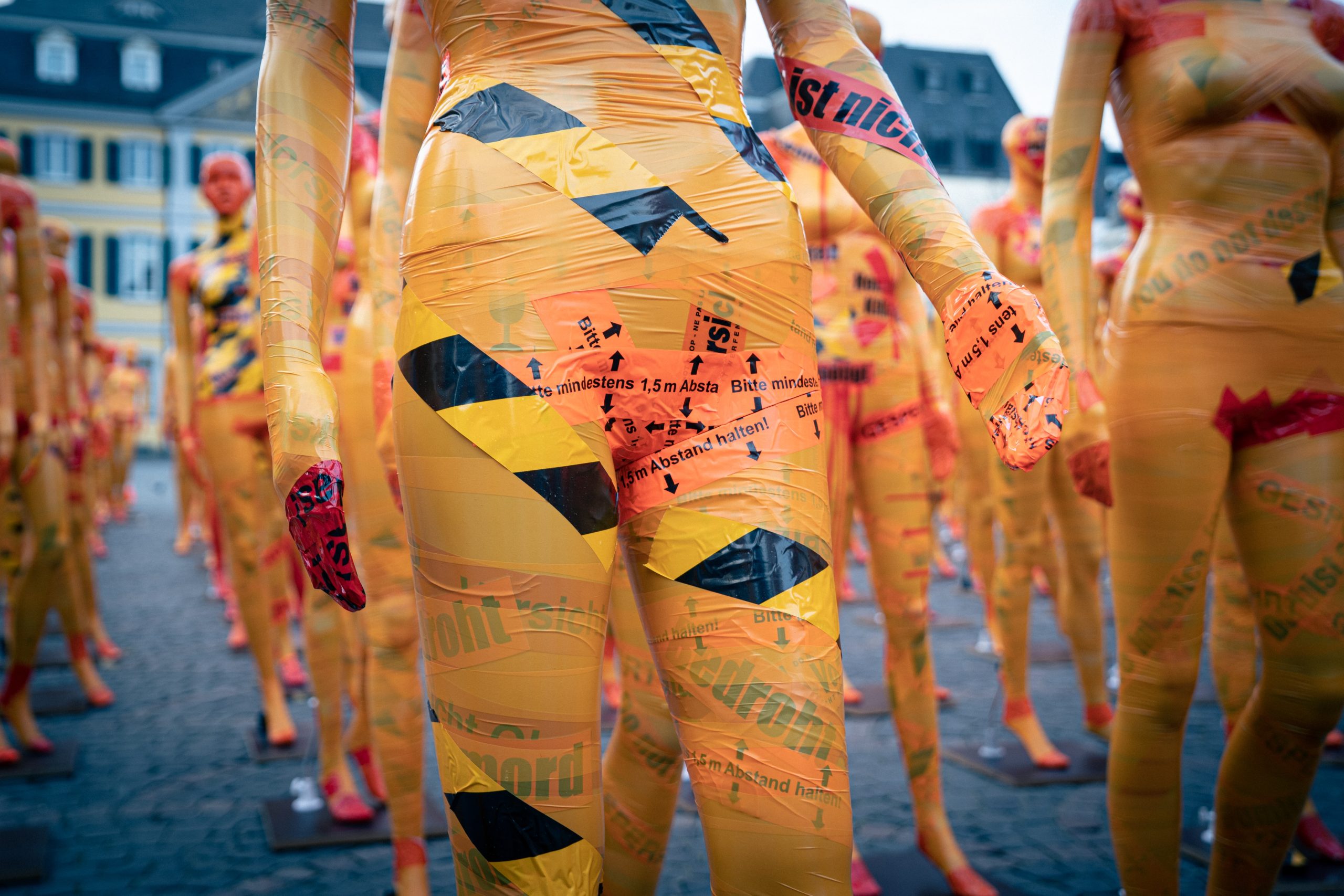 Malevolent Vulvas Collapse the Veil Between Worlds in “Stranger Things”

In the climax of Stranger Things 3 a giant laser punctures the wall of an underground bunker, breaching the veil between ours and the Upside Down. An alternative dimension which lies parallel to our own, the Upside Down is governed by an evil hive-mind intelligence known as the Mind Flayer. The fissure between worlds looks remarkably like a vulva.

I see vulvas like Cole sees dead people in The Sixth Sense: in rock faces, in clusters of petals, in art, in TV and film. My own predilection for v... 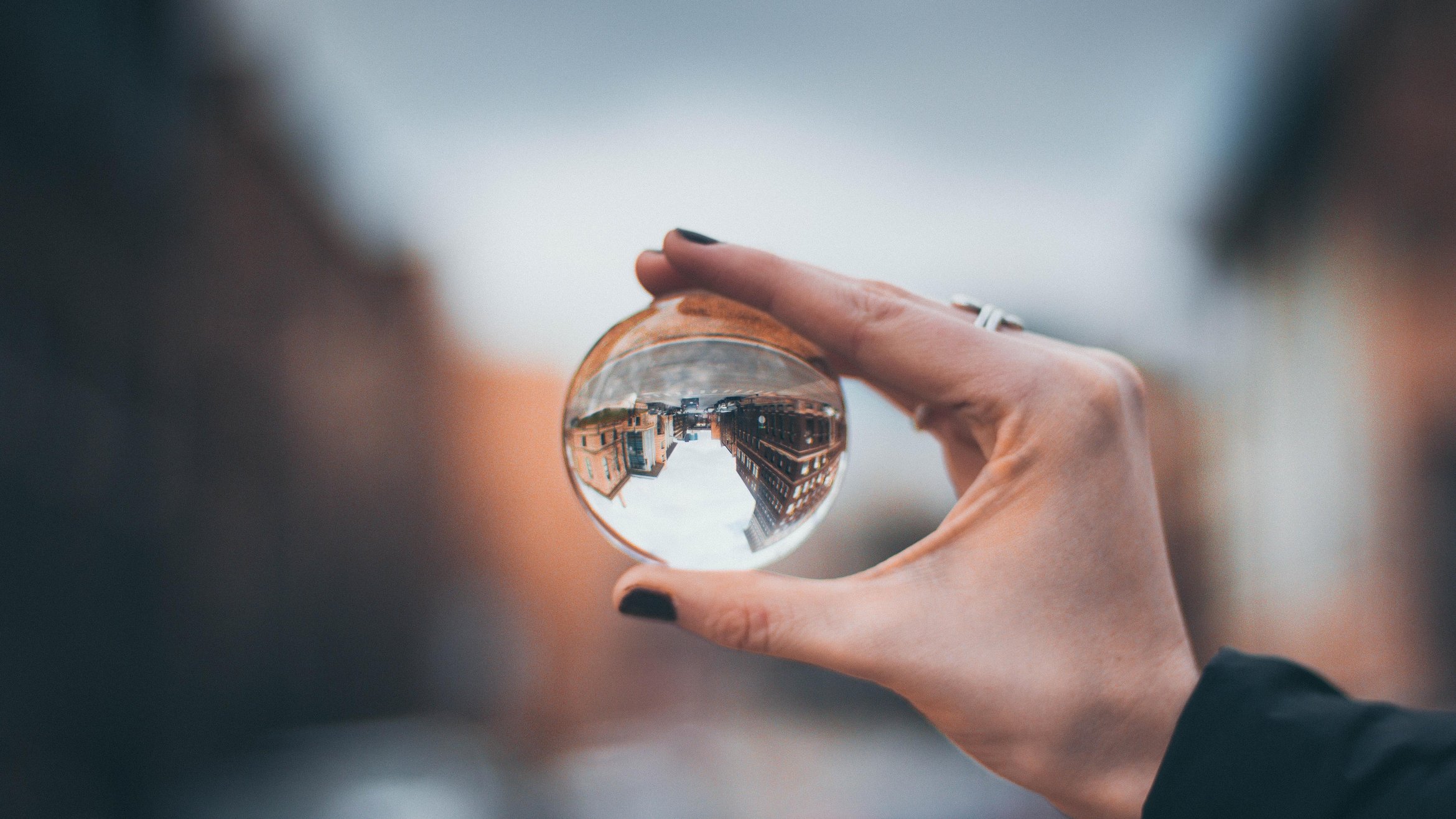 Finding My Authentic Voice as a Late-Diagnosed Autistic Writer

Don’t Write Alone | Writing Life
I had always used writing to try and make sense of myself, without realizing just how much of this was a way of processing a divergent experience of the world.
In the first short story I ever attempted to write (still unpublished), an adolescent girl wakes up to an empty house, her family apparently disappeared. Rather than looking for an explanation for the sudden state of abandonment or trying to resolve the situation, the girl embraces the freedom granted b... 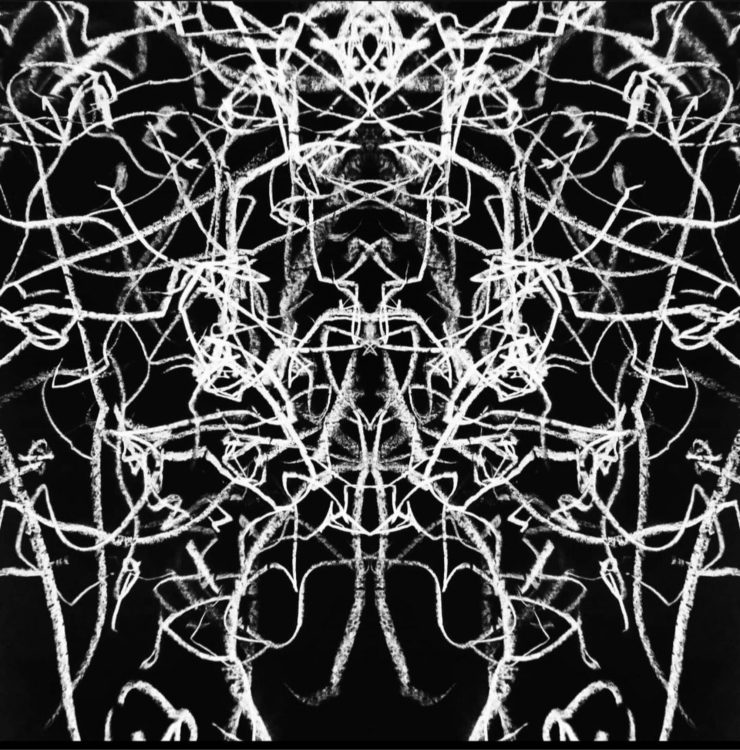 Aisling Walsh
My cervix has been weeping for longer than I know. The pearl-pink nub at the neck of my womb is marked by a lesion which releases a constant trickle of blood. The ulcer was first spotted by my gynaecologist, Linda, when I first visited her clinic on moving from my home country of Ireland to Guatemala in 2014. It is like a grazed knee, but one that refuses to heal.
There is no apparent cause: no infection, no bacteria nor virus; no growths, no other alterations nor injuries. I’ve... 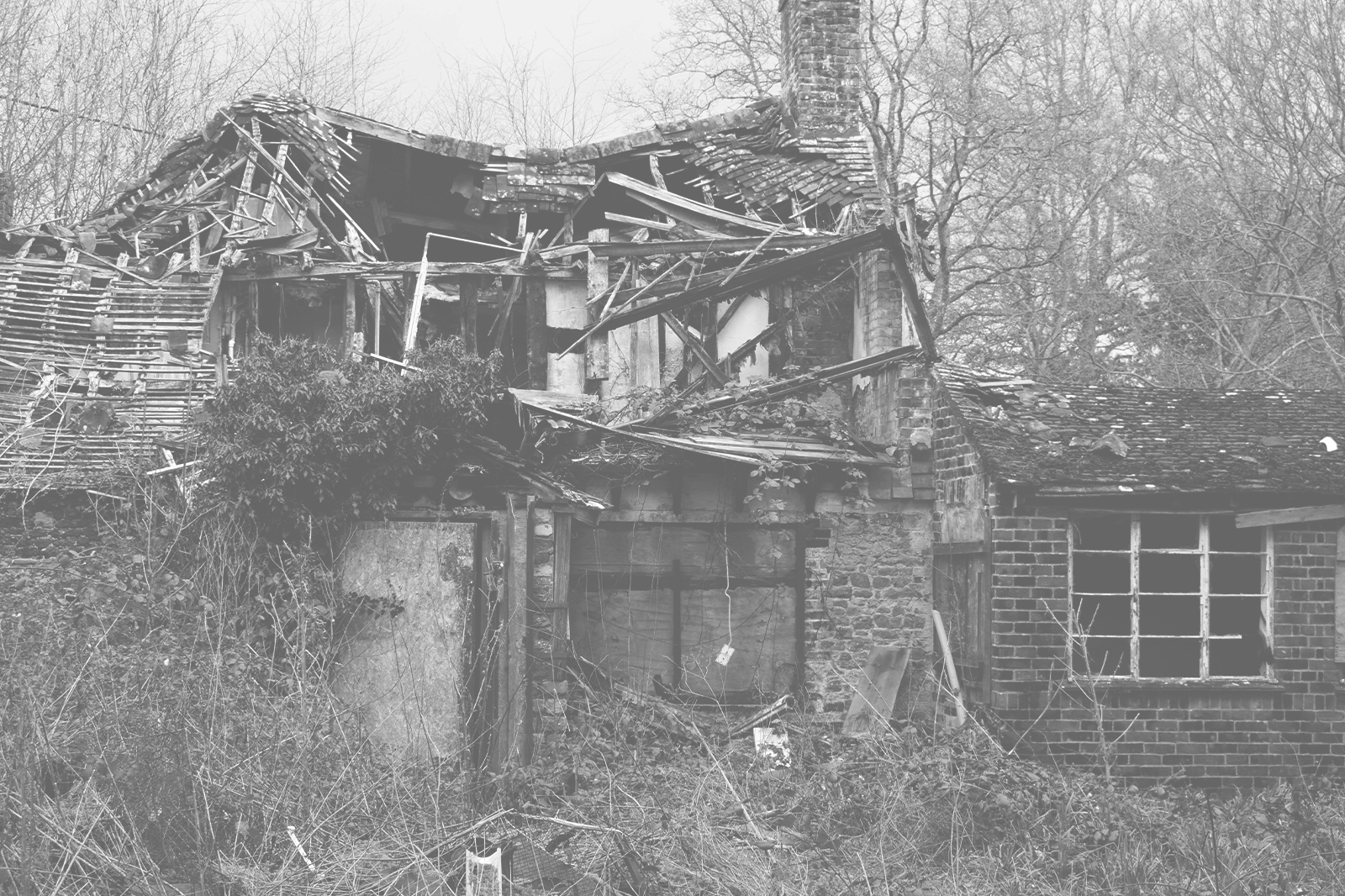 content warning: sexual content
People often believe witches should look a certain way. They imagine us as haggard crones with black hairs curling out of warts protruding from the tips of hooked noses. They project us on screen with our gnarled fingers, tipped with black talons, wrapped around the shaft of straw brooms as we speed across the sky. Or they show us cackling as we wave our wands over steaming cauldrons to cast our spells. On Samhain they dress their daughters in our image – point... 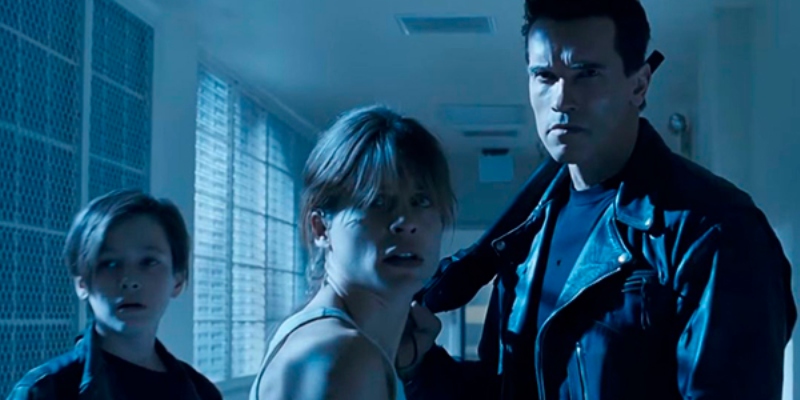 Of Terminator and Motherhood: Why My Mom’s Franchise Fandom Finally Makes Sense

The last Christmas I spent with my mother, we watched two movies of her choice: Casablanca (1942) and The Terminator (1984). Between rounds of chemo and radiation for the cervical cancer which would soon be declared terminal, Mum had little energy to do more than watch TV. Twenty-three at the time, I skipped the usual holiday revelries at the local pub to join her for a glass of wine and fill in some of the gaps in my cinematic history.
Casablanca made sense: the romance, the impossibility of...

The city of Galway is protected from surging tides and increasingly ferocious, year-round, storms by a fabricated wall of rocks stretching from the modest docklands four kilometres west. The promenade, snaking alongside this wall, has allowed the city’s residents a much-needed outdoor respite throughout a year of rolling lockdowns. It is, mercifully, within five kilometres of my sublet and so I break no rules by going there.
I park my bike at the shelter by the diving board where, no matter t... 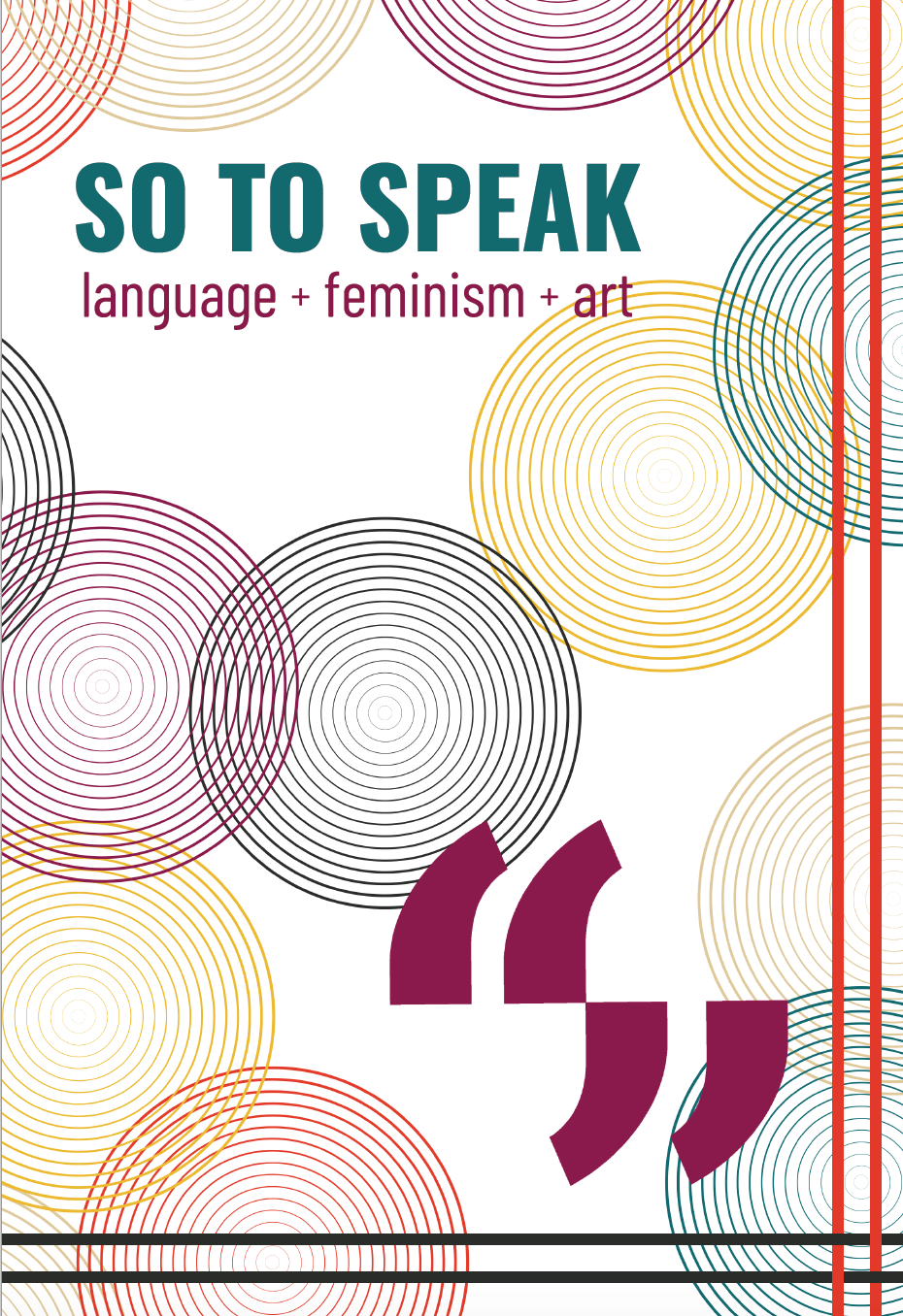 Centre of the Universe

Runner up of the Spring CNF Contest 2021 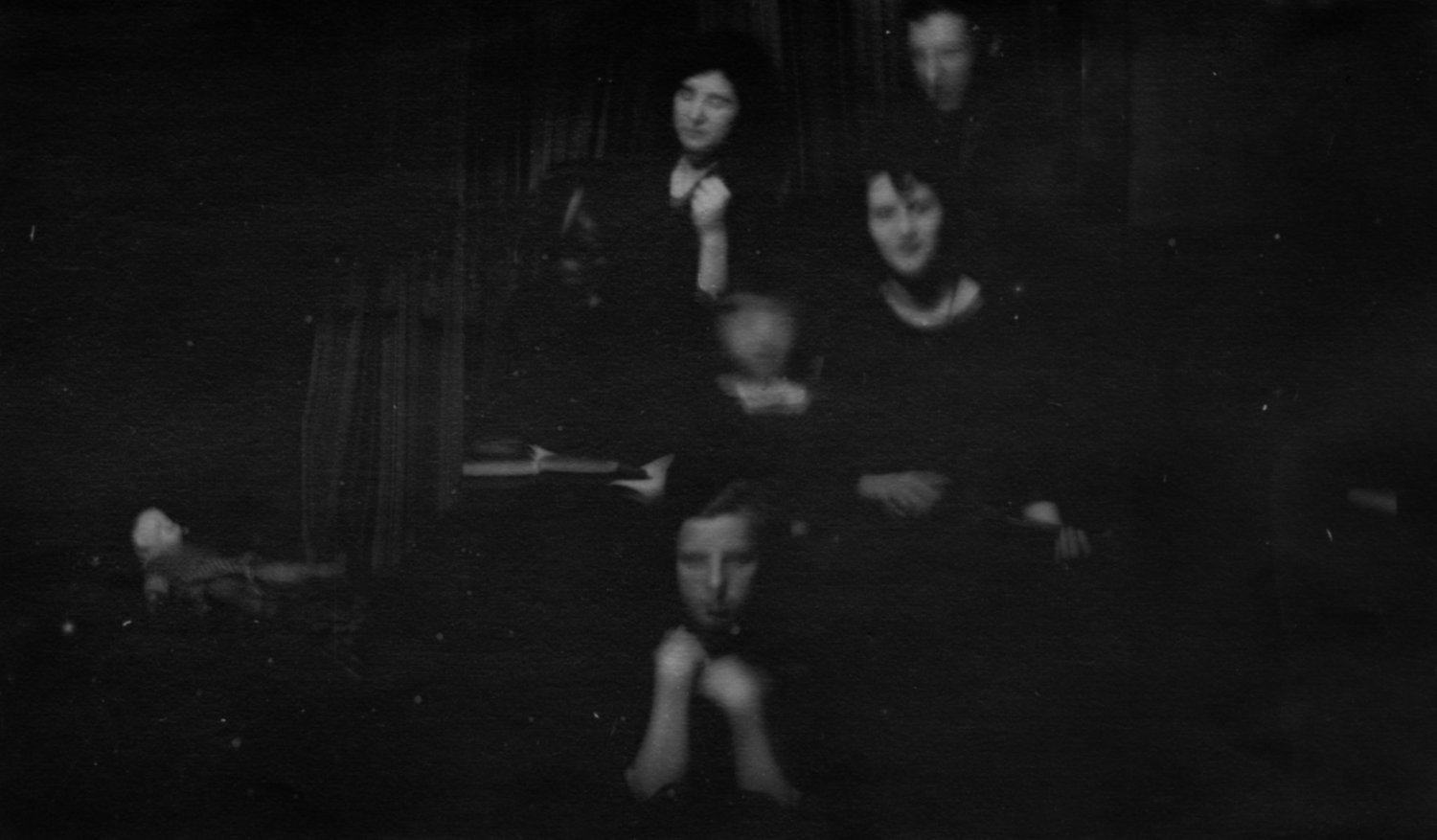 They did not believe in ghosts but they were scared of them. On weekend visitations they would sleep three-in-a-bed in the guest room of the rented cottage. The older two would fight over who got to share the double bed with the little one and who had to roll over onto the fold-out camp bed. A single bed lay at the far end of the room, but they were ever annoyed enough with each other to banish anyone to that lonely corner. The unfortunate occupant would have to squeeze their eyes shut agains... 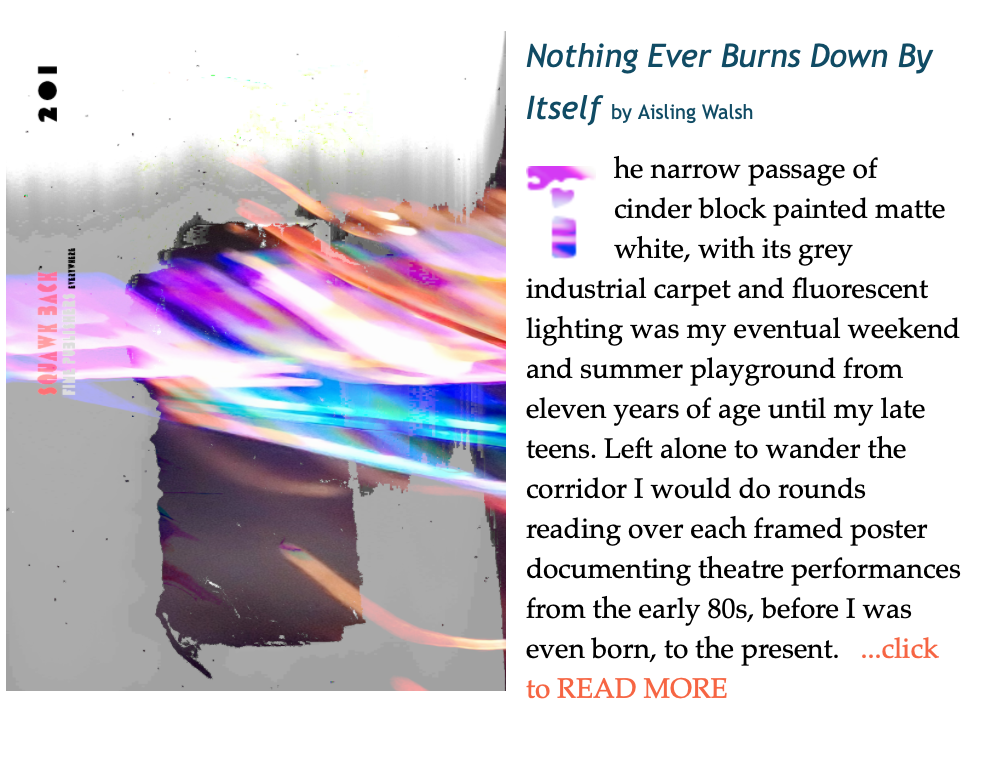 Nothing Ever Burns Down By Itself by Aisling Walsh

The narrow passage of cinder block painted matte white, with its grey industrial carpet and fluorescent lighting was my eventual weekend and summer playground from eleven years of age until my late teens. Left alone to wander the corridor I would do rounds reading over each framed poster documenting theatre performances from the early 80s, before I was even born, to the present.
It was the only exhibition at the public theatre-gallery where my father worked that was not open to the general pu... 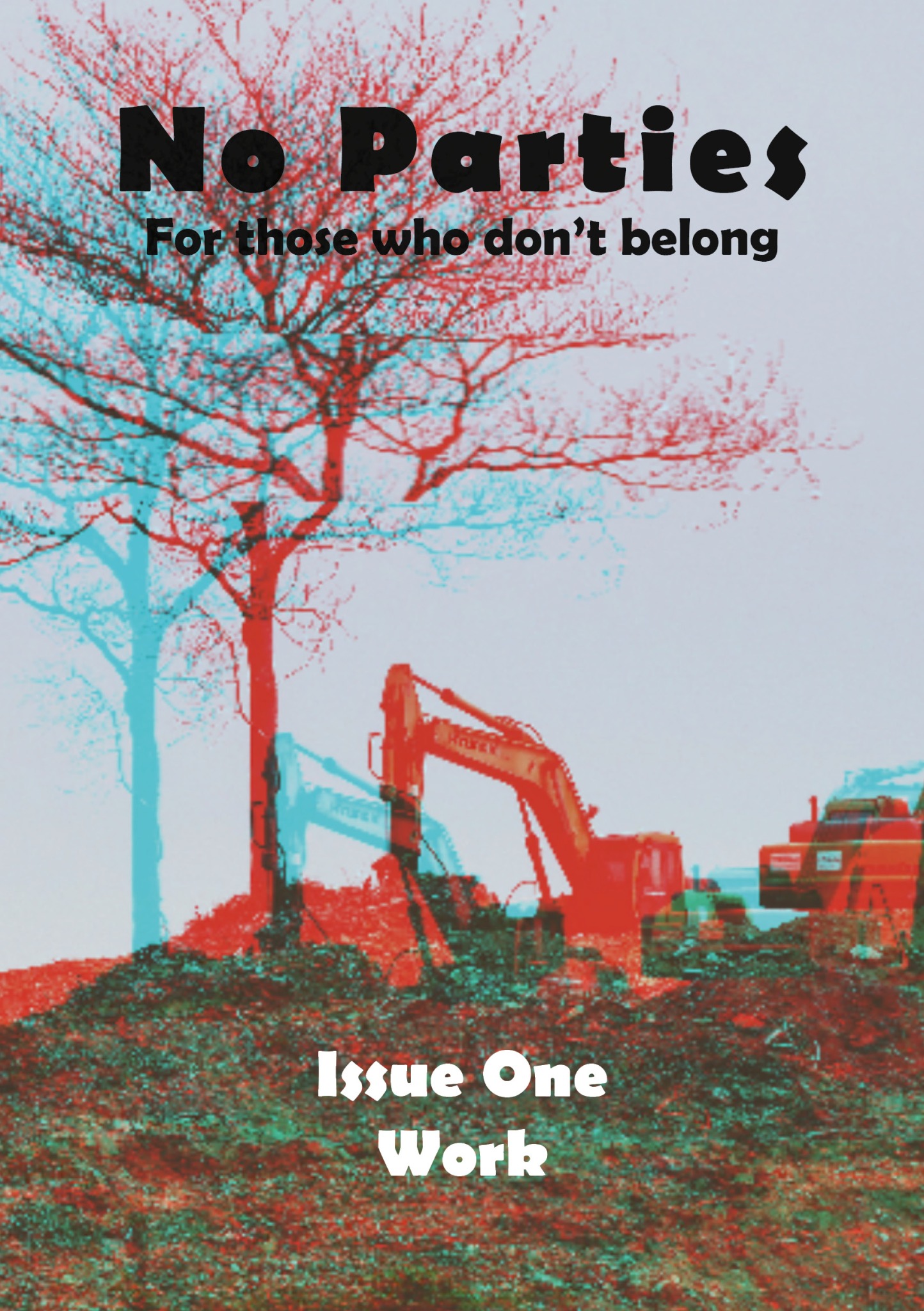 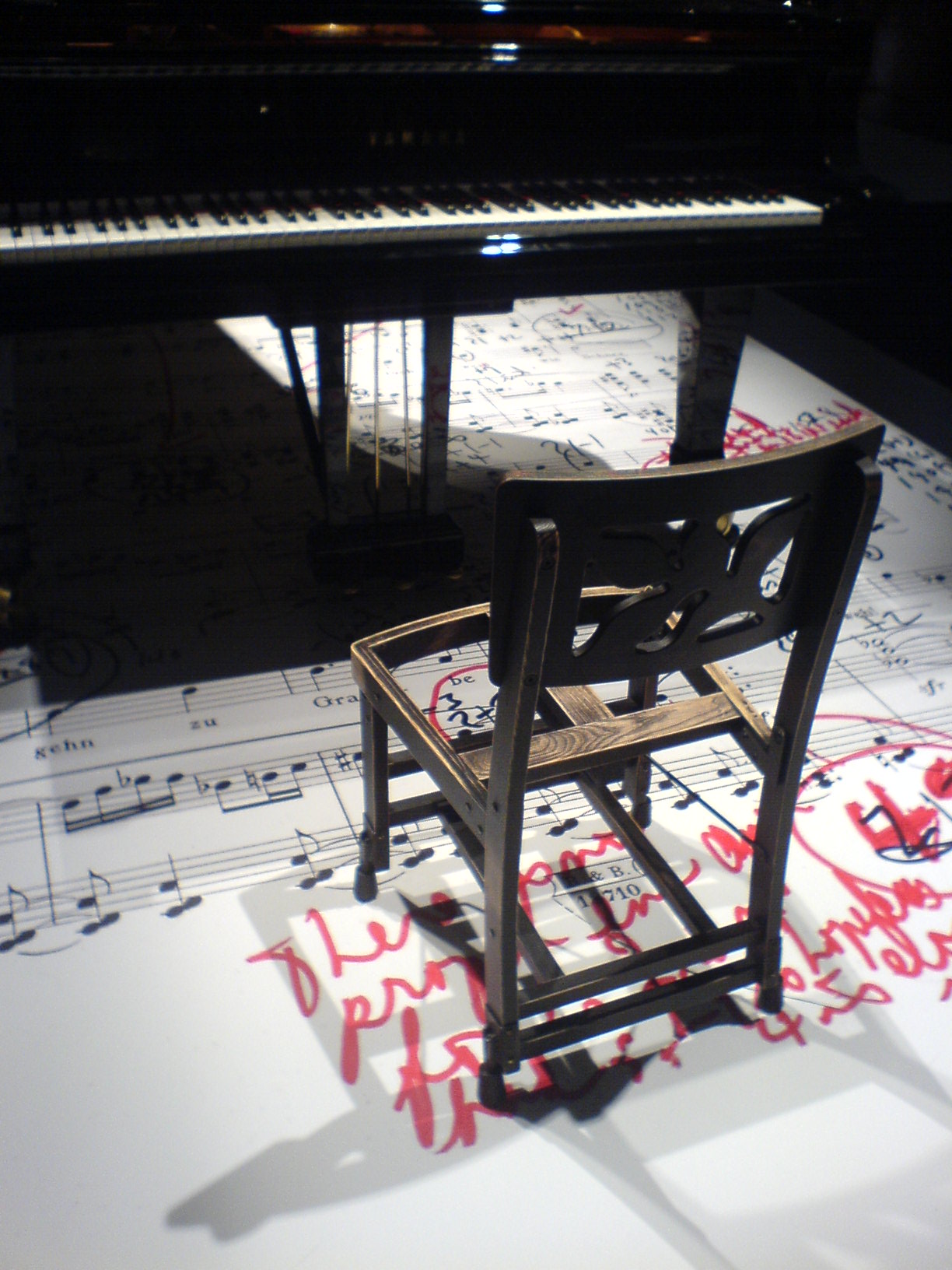 We Dreamed the Universe as Well as the Rain (Aisling Walsh)

Accept or reject: the matter was always in your hands. You could have said no from the first day I arrived on your terrace. The sun was beginning to set behind the neighbour’s mango tree, the sanates were screeching their evening chorus and exasperated rush hour horns blared from the periferico. You were half-sitting, half-leaning, against the flat roof of the downstairs bathroom with a glass of beer in one hand and a joint in the other. I sat opposite, on a white, plastic patio chair, thick ... 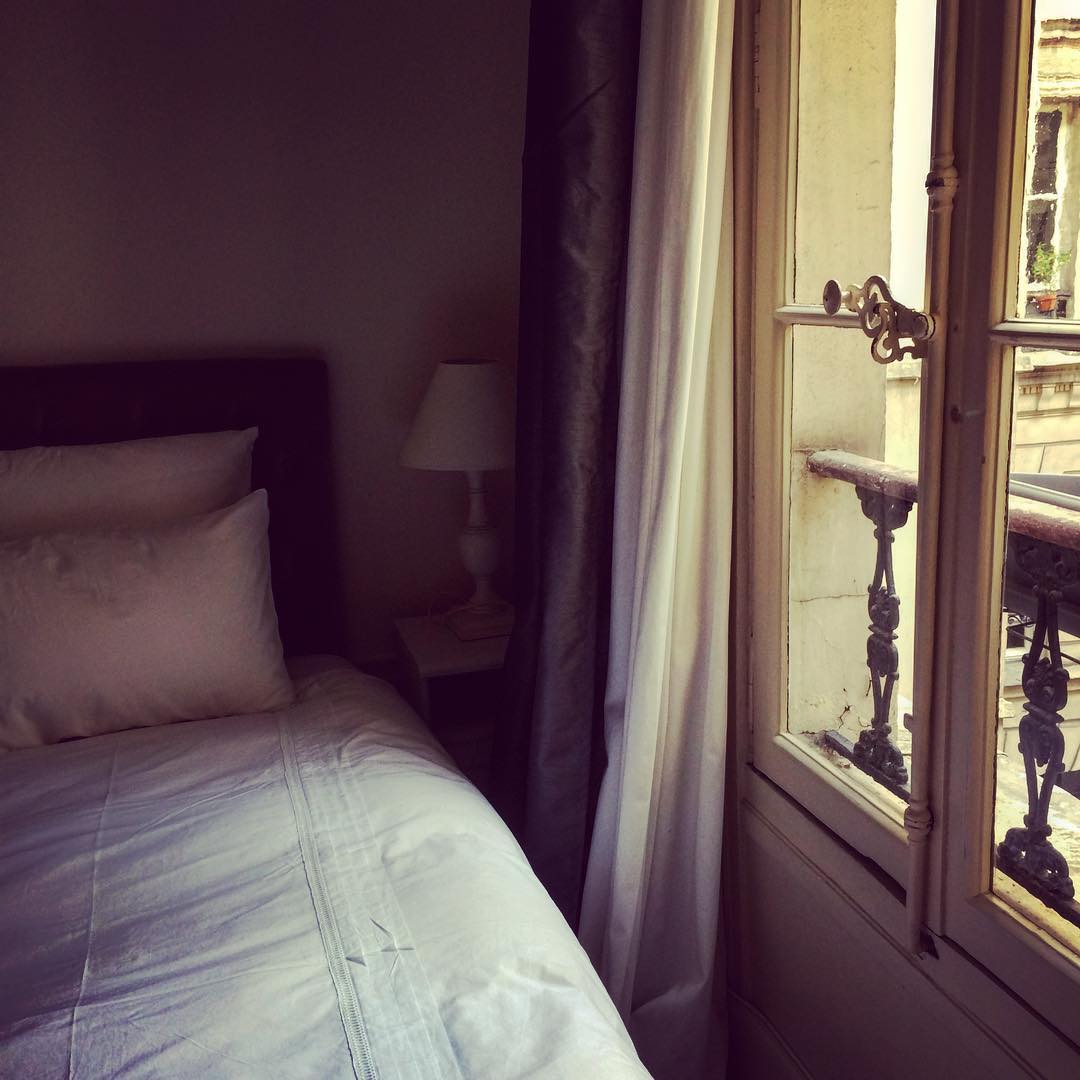 CW: emotional & physical abuse, absent fathers, cancer, grief, codependency
There is a photo of me sitting on a low wall in front of the solid black brushstrokes and grey smudges of Joan Miró’s Oiseaux à la naissance du jour. It was taken at Fundació Joan Miró in early January 2019. My head is turned to the side as I pretend not to notice you approaching with your phone out. You rarely take photos of me and I wonder why you have chosen this moment, my puffy eyes still smarting from the previo... 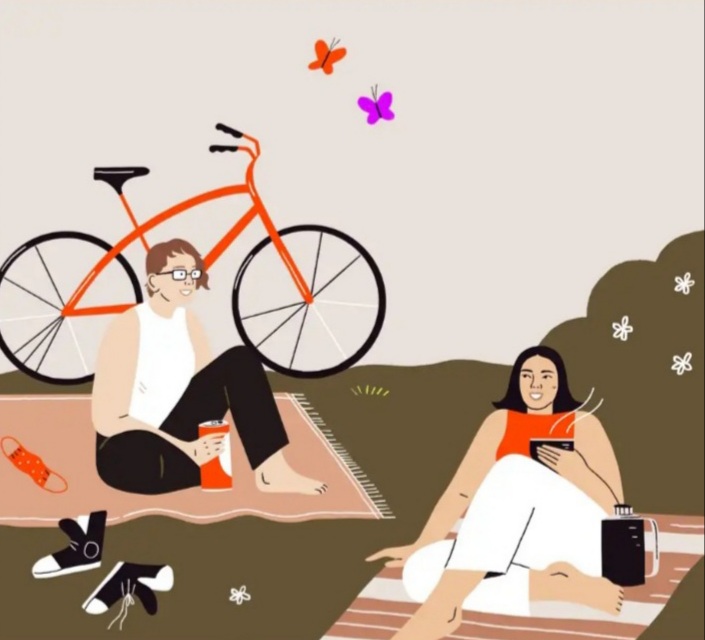 ‘Tis A Bit Queer, Isn’t It: The Joys & Frustrations Of Coming Out During The Pandemic

My grandmother and I were sitting in her living room a month before COVID-19 became the only thing that mattered, flicking through her free cable service for something that might appeal to us both. Given that her TV diet consists of reruns of ‘90s quiz shows and True Movies (Ireland’s version of Lifetime), this is not an easy task. She settled on the BBC’s latest period drama. When Suranne Jones appeared on screen, complete with top hat and waistcoat, I realized we were watching Gentleman Jac... 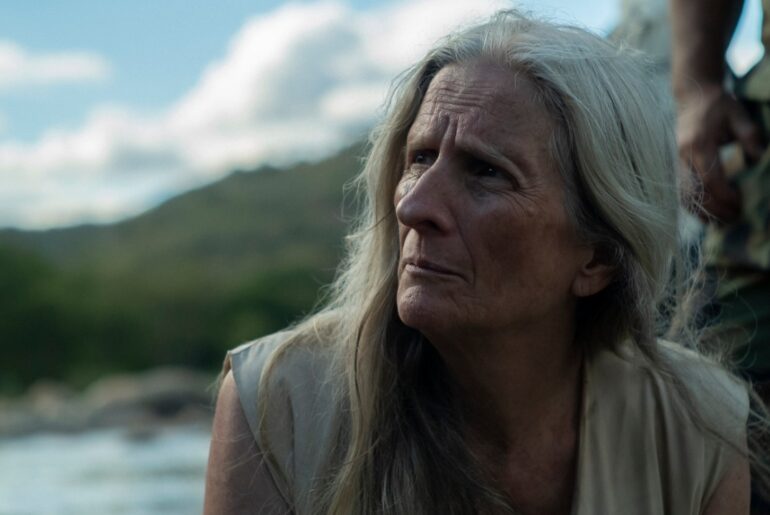 Aisling Walsh profiles La Kenefic: the Irish-Guatemalan Actress Starring in Golden Globe Nominated La Llorona.
I heard of ‘La Kenefic’ long before I ever met her. Actress turned guerrillera, turned Tai Chi instructor, turned film star, Margarita Kenefic has a reputation for creating epic drama on stage and screen. As she inches towards 70 her first foray into film, in Jayro Bustamante’s award-winning film La Llorona, has won her international recognition for her role as the inscrutable wife o... 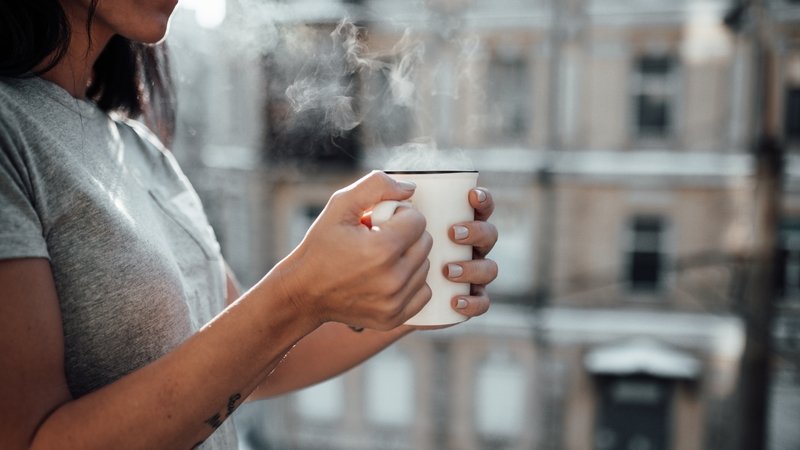 Analysis: Cacao ceremonies has hit the mainstream, especially with lockdown-related woes increasing its popularity, but the uncritical embrace of it – explicitly marketed as Mayan – is deeply problematic.
A heart opening mirror to the internal world, a sacred space full of flowing energies, and a powerful plant medicine to release your trauma and embrace healing are just some of the benefits promised by the purveyors of the latest new-age trend in spiritual awakening: cacao ceremonies.
For th...